This is a long-term project to record the memories of Bramcote’s residents, both current and past.

Many people have contributed to the work of the research group over several years and their recollections have been noted but this is a more formal approach so if you have chatted with us previously, please volunteer to do so again!

These are some examples of the records we have made: 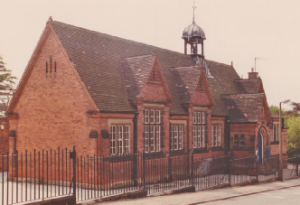 John attended Bramcote Church of England School when Mr Thomas was the headmaster. To impose discipline, he would use the cane or a ruler, whilst Miss Husbands would poke pupils in the back with a pencil!

It was accepted that pupils would take days off school to help with potato picking and haymaking.

In the winter, there was good fun to be had sledging. This was at the time when there was a long slope down the hill side from Bluebell Hill before the A52 by pass was built. Youngsters would go carol singing at The Grange where the Enfields lived and receive a penny each. 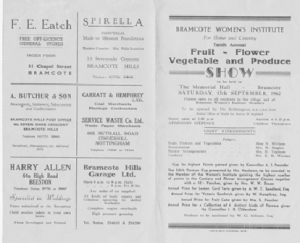 Keith’s interest in horticulture began in his teenage years. He grew chrysanthemums on an allotment running back from Derby Road — where the Co-op was and where the fire showroom now stands. He sold the flowers but would also enter them to be judged at the W.I. produce show which was held in the Memorial Hall each September. The allotments were compulsorily purchased as land for housing — though more were established on Ewe Lamb Lane.

Our house at 314 Derby Road had an air raid shelter in the garden. It was made from Stanton pre-stressed concrete pipe, had an escape hatch at one end and a door at the other.

The right-hand lodge at the gates on Derby Road leading into Bramcote Hills Park was used by Sergeant Davis to check gas masks.

The stirrup pump was kept on Derby Road between the shops and Russley Road on the opposite side to the Sherwin Arms.

Mr Burton, who lived at the corner of Baulk Lane, was a Colonel in the army and during the war RAF pilots from Hucknall were sent to the house to rest. There was no telephone so messages were sent to Lucy’s family to tell the pilots when they were needed back.

Sunday School at the Methodist Church was held on both Sunday mornings and afternoons and was very well attended. David was the star card registrar — stamping attendance cards. Prizes were distributed at an annual prize-giving and the platform that was used for this occasion is still retained.

Frank Ward was a key figure at the Methodist Church. He would light a fire in the chapel first thing and then be responsible for just about everything else too.

He was also the manager of the garage on Derby Road. He was a well-respected man in the village. 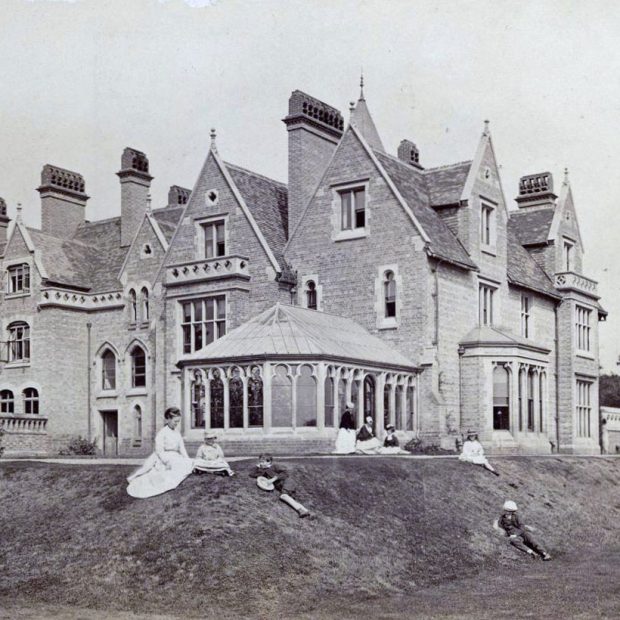